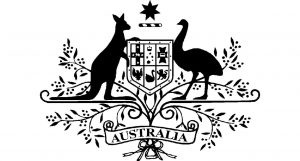 The Coalition Government has today released terms of reference for the Australian Competition and Consumer Commission’s (ACCC) inquiry into the Murray Darling Basin water market.

The inquiry, which delivers on a Coalition Government election promise, will look at options to improve the transparency and efficiency of the water market.

It will also examine changes in water use, carryover water, trade between water valleys and systems and the effect of water speculators on the market.

Treasurer Josh Frydenberg said that water was the lifeblood of communities in the Murray Darling Basin and it was important that the market operated in a transparent and effective manner.

“As with any market it is important to take a look at how it is performing and whether it is operating as intended and to the benefit of communities who rely on the Basin.”

Minister for Water Resources, Drought, Rural Finance, Natural Disaster and Emergency Management David Littleproud said the Government had listened to the concerns of farmers in delivering on this election commitment.

“I promised this thorough inquiry after hearing from farmers as I travelled up and down the Basin,” Minister Littleproud said.

“Farmers told me they had concerns around changes in water use, trade between valleys and the effect speculators have on the water market.

“It’s important to make sure the market is operating as intended – our regional communities depend on it. We need a transparent market in which farmers have timely access to accurate information.

“I invite farmers to participate in this inquiry.”

The Government has asked for an interim report to be delivered early in 2020 with a final report by the end of 2020.

An outline of the terms of reference for the inquiry can be found via the Treasury website.