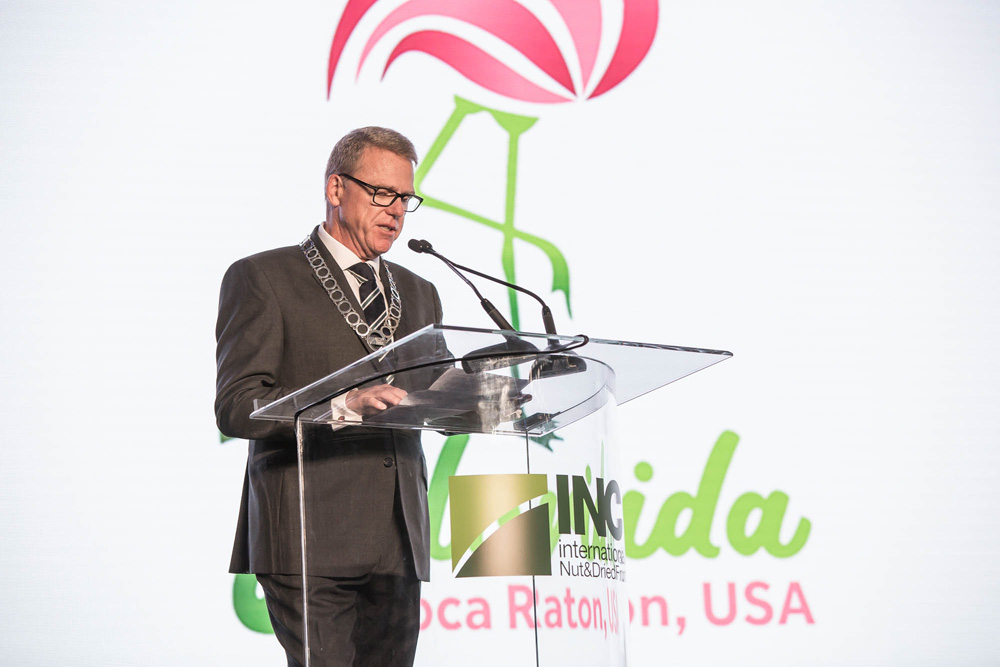 June 2019. The INC International Nut and Dried Fruit Council has elected Australian Mr. Michael Waring, Chairman for the next four years. Waring succeeds Mr. Mark Mariani, Executive Chairman of Mariani Packing Company, who has recently completed his four years of service as Chair of INC Board of Trustees.

As is customary, the appointment was made official when the silver-plated chairman’s chain was passed from the outgoing Chairman to Mr. Waring by Ms. Goretti Guasch, Executive Director of the INC, in a ceremony held within the frame of the XXXVIII INC World Nut and Dried Fruit Congress, celebrated last May 23-25 in Boca Raton, South Florida, USA.

Waring is Chairman and Managing Director of MWT Foods and MWT Agri Services (Australia) and also Chairman of MWT Foods USA LLC and of Laurel Nut Company USA. Besides, he is Chairman and Managing Director of the Waring Group, the holding entity of management of MWT Foods, Vietnam and China, macadamia plantations and the groups Agri and import and export businesses. He works with his brothers and business partners Andrew and Christopher Waring.

He is a founding Management Committee member of Nuts for Life Australia, a nutrition and health education industry initiative aiming to provide information about the health benefits of tree nuts, and also serves as Deputy Chair of the Australian Macadamia Society, that industry’s peak body.

Michael lives in Melbourne with his wife Caroline, and three children George, Meg and Ruby. 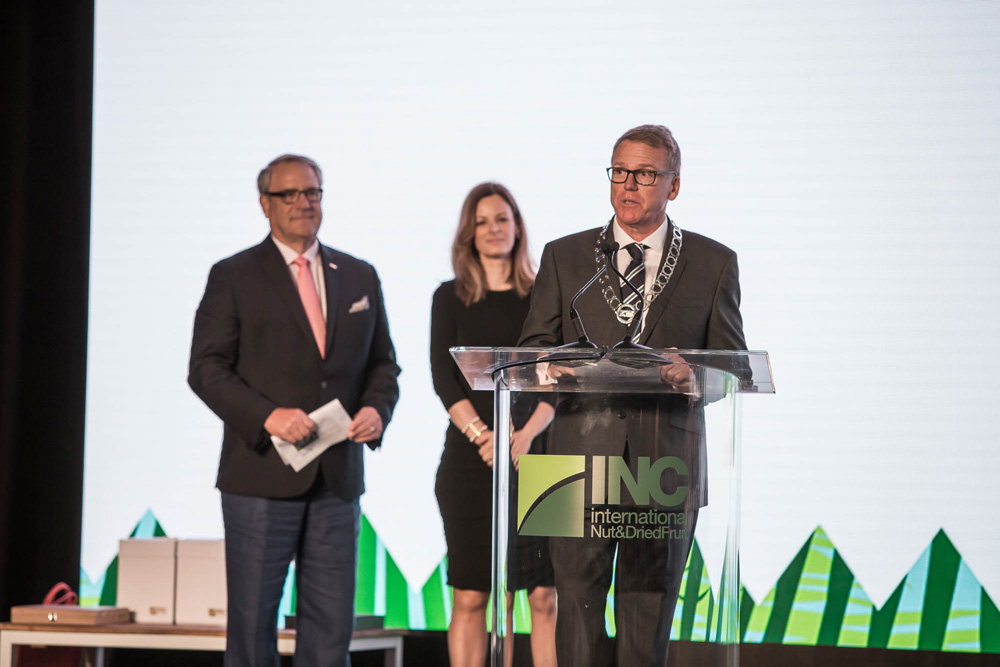