India is now imposing increased tariffs on 28 US products including apples, almonds and walnuts, a move seen as a retaliatory act.

The tariffs on several US products have gone into effect on June 16, India’s Finance Ministry said in a statement Saturday. The goods targeted include American apples -which will be hit with a 70% tariff- as well as almonds, lentils and several chemical products.

India first announced plans to impose new tariffs a year ago in retaliation for increased US import duties on Indian steel and aluminum. But it repeatedly delayed imposing them while the two sides held a series of trade talks. 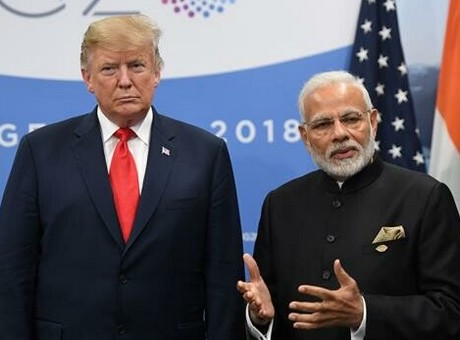 The Indian government did not specify the value of the goods targeted in its statement, but previously told the World Trade Organization that they were worth around $241 million.

In early June, US president Trump announced India would lose its trade privileges with the country as a beneficiary of the Generalized System of Preferences.

On Saturday, India amended a previous order “to implement the imposition of retaliatory duties on 28 specified goods originating in or exported from USA,” according to a government notification, which noted the existing rate would be preserved on goods for other countries.

Secretary of State Mike Pompeo, who is expected to visit India this month, said this week the United States is open to resolving trade differences with the country if there’s greater access for US firms to its markets, according to Reuters.

According to an article on eu.usatoday.com, one of president Trump’s biggest priorities has been reducing the United States’ trade deficits with countries around the world. Last month, his administration increased tariffs to 25% from 10% on $200 billion worth of Chinese goods, and it’s threatening to target another $300 billion of exports from the world’s second largest economy. Business is warning of damage to the US economy.