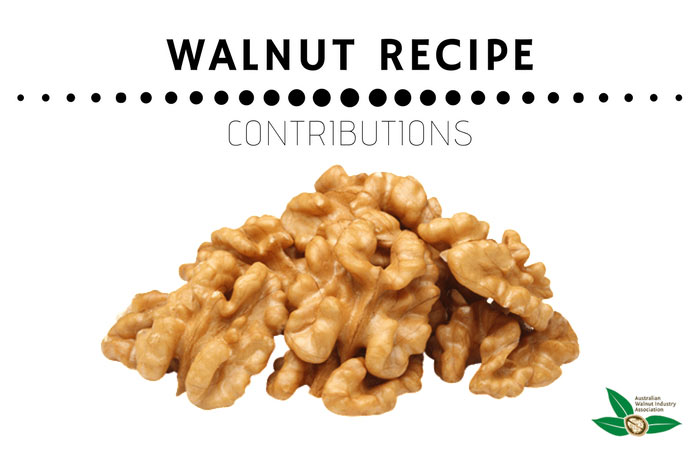 Among the many culinary applications the French developed for the walnut are bread and a spread. Nuts used in bread are typically broken or misshapen and not of sufficient quality for other uses. Walnut bread traditionally is served with pâtés, foie gras and cheese.
Walnut spreads such as al/lord [see recipe variations] are served as appetisers. Another unusual recipe is made by extracting the flesh from green walnuts and combining it with verjuice and walnut oil to serve as an appetiser with slices of crisp apple.

Instructions
1. For walnut bread, scatter yeast and a pinch of sugar over 1% cups lukewarm water and stand in a draught-free place for 10 minutes or until foamy. Combine flours and 2 tsp sea salt in a bowl, add yeast mixture and honey and stir until mixture forms a soft dough. Turn dough out onto a floured surface and knead for 10 minutes or until smooth and elastic. Place dough into an oiled bowl, turn to coat, then cover and stand in a draught- free place for 1 hour or until doubled in size.

2. Knock dough down, turn out onto a floured surface and gently knead nuts evenly into dough. Divide dough into 2 halves, shape each into 24cm-long loaves and place on a heavy-based oven tray, then cover with a tea towel until doubled in size.

3. Using a sharp knife, make 6 cuts on the diagonal, in the top of each loaf, then brush dough with egg mixture. Bake bread at 220C for 15 minutes, then reduce oven temperature to 190C and bake for another 20 minutes or until hollow sounding when tapped on the base. Transfer to a wire rack to cool.

Note: The Italian condiment, saba, is made from concentrated grape must of trebbiano grapes. It shares similar flavours to vincotto [fig, raisin and molasses], which makes a good substitute and is produced in a similar manner but from different grape varieties.

RECIPE VARIATIONS
For a Toulouse variation on aioli, using a pestle and mortar, pound 100gm blanched skinned walnuts with 2 cloves of garlic and ½ tsp sea salt. Then gradually stir in 150ml olive oil, drop by drop at first until mixture is thick and emulsified. Then season to taste. Serve with cold meats, such as thinly shaved leg ham, roast chicken, tongue, rare roast beef or lamb.
To make walnut rolls, divide the bread mixture into 16 rounds and bake at 200C for 15 minutes or until browned and hollow sounding when tapped. Serve rolls filled with slices of pâte, salad leaves and cornichons.